Digitalization of companies - what's behind it?

Why is digitalization so important for companies and what are the reasons? First and foremost, industries are responding to changing customer requirements with digital transformation. The focus is on meeting customer expectations, making digitalization a necessary step for many. However, cost savings in business processes and IT are also common reasons, followed by the disruptive effects. Appollo Systems will provide you further information on digitalization of companies in the following.

A published study by Multidomain Master Data Management (MDM), commissioned by Stibo Systems, looked at what motivates companies from Europe across a range of sectors, including financial services, manufacturing and hospitality, to digitalize their business, the challenges they face and the opportunities they see.

7% of all respondents stated that they are actively initiating the digitalization of their company and that they are increasing or expect to increase their investments for the implementation.

What are the reasons for the digitalization of companies?

Most companies started measures to digitalize their business in the area of customer management, customer service and the optimization of the customer experience. Only then did the overhaul of the IT infrastructure follow. Around 87% of respondents were aware that disruptive effects cannot be avoided in digital transformation and that a mistake in forecasting is one of the major business risks of digitizing companies. Despite this awareness, 53% could not predict disruptive effects in real life.

“The digital economy represents incredible potential. Companies clearly recognize the competitive advantages that digital transformation offers. But it is equally clear that planning is essential and underestimated, and without planning, unexpectedly powerful disruptive effects can occur during execution. The results are very revealing and a wake-up call for large corporations striving to realize the full potential of their transformation activities.” – Simon Walker, Director of Innovation at Stibo Systems. 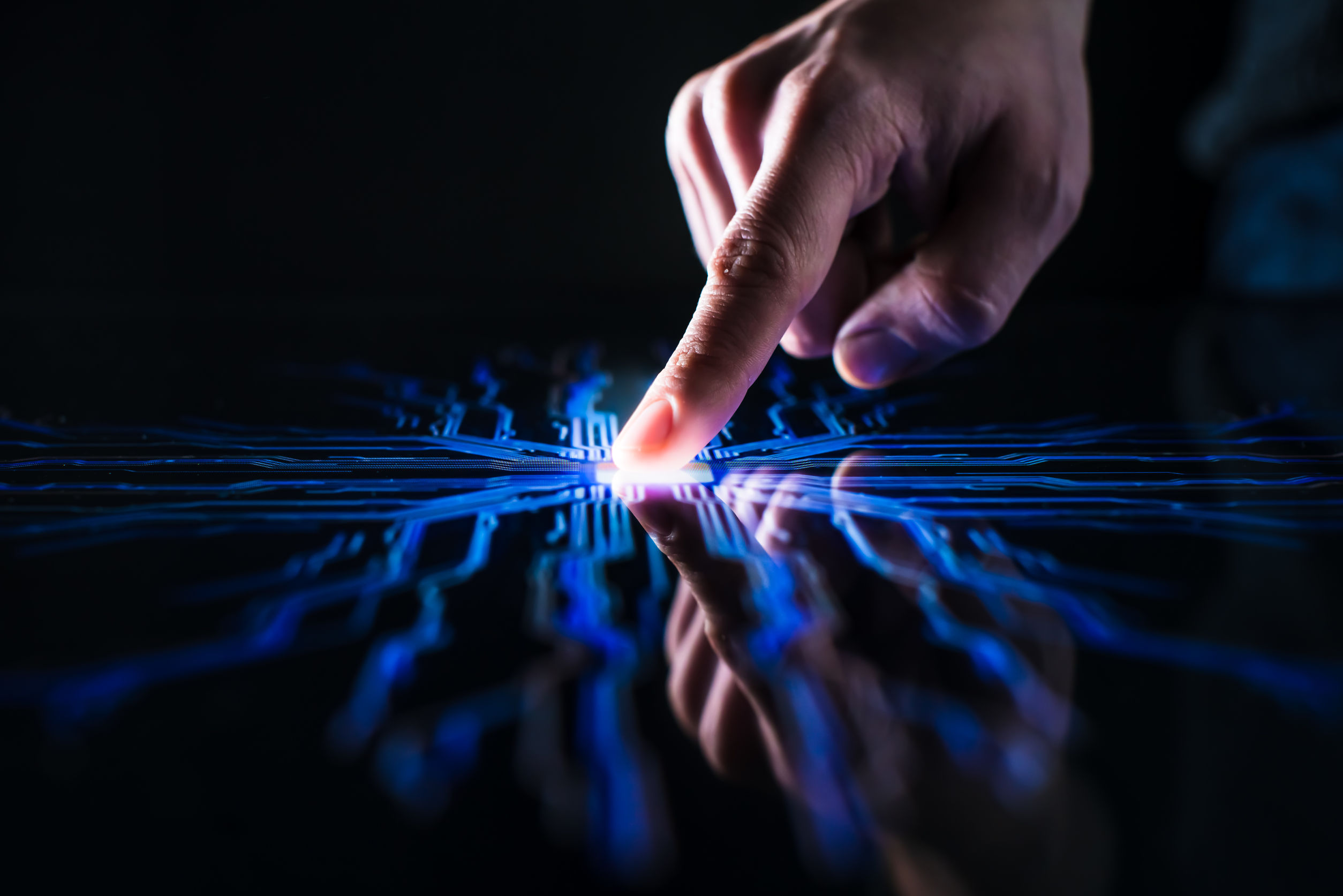 The Multidomain Master Data Management (MDM) study, commissioned by Stibo Systems, surveyed 200 European companies with 1,000 or more on-site employees from a variety of industries about how they digitize their business. Board and management level executives, including IT and business unit leaders, were the primary respondents.

5 reasons for the digitalization of companies

Digitalization – hardly any other term is currently shaping industries and companies so strongly and sustainably. But what is digital transformation all about?

When a company “digitalizes” itself, processes are modernized, optimized and made digital. Operational processes are merged with smart technologies without losing their essence. The goal here is to minimize costs and increase customer satisfaction.

Almost every process in a company is designed for digitalization. However, what really makes sense when it comes to digitalization in companies is a case-by-case decision and varies from company to company. That is why a digitalization strategy is essential. It prevents unnecessary investments that can be used much more profitably elsewhere.

Digitalization of companies has the following 5 advantages:

Digitalization in a company eliminates the need to switch between digital and analog. This prevents information loss and ensures that everyone involved has central access to the same information. This makes interdisciplinary work much easier and more efficient, saving the company time and money.

Large amounts of data cannot be avoided in any company. With the digitalization of companies, this is stored centrally, processed clearly and is available to everyone involved. This makes processes much leaner and more effective.

Competition today is immense, both for global players and SMEs. The digitalization of companies makes it possible to react quickly to changes in the market and thus remain competitive. Companies gain this flexibility through digital and mobile processes that can be tailored to the respective users.

Smart software, cloud solutions and frameworks are easily accessible today and often available at a good price-performance ratio. These are the basis for successful digitalization of a company, and can usually be individualized and customized according to one’s own requirements.

The digitalization of companies begins internally. Employees should therefore be equipped with suitable applications that save time and money in their everyday work and daily work processes. This also ensures greater motivation and satisfaction.

The opportunities presented by the digitalization of companies

Digitalization is changing entire structures in companies. A new mindset is emerging that creates space for ideas and innovations. The opportunities that become technically or economically possible are enormous:

– Offers can be tailored more closely to individual customer requirements and brought directly to the market.

– New products and new services can be developed with the digitalization of companies.

– Significantly more transparency is created in companies and processes can be optimized many times over through centralized information management.

The advantages and disadvantages of the digitalization of companies

Almost all industries are equally affected by digitalization. Whether society, business, culture or education, the digital revolution stops at no sector. Without question, digitalization offers a lot of advantages, but every coin also has its downside.

The digital revolution hasn’t just been a hot topic since yesterday. Nevertheless, it is difficult to pin down when the transformation got its start. Many experts see the development of the microchip as decisive. Once it was possible to use large storage capacity, more complex functions could be created. Comprehensive information and faster access made for optimized workflows and that within a very short time. The possibilities and the ever-improving applications help companies, government agencies and state institutions to efficiently digitize business processes.

For a company to be successful, seamless work processes must be guaranteed at all times. Providing materials at the right time used to be an enormously difficult process that can now be completed in seconds thanks to digitalization in companies.

The role of digitalization in companies in the labor market

With the advance of digitalization in companies, there will inevitably be job losses. It is now estimated that around 1.5 million jobs could be lost by 2035 (studies by the Institute for Employment Research and the Federal Institute for Vocational Education and Training). The reason is the replacement of people by machines. Here, the manufacturing sector such as the automotive industry is particularly affected. Teachers or nurses, however, will feel little of this.

On the other hand, however, the study also found that at least as many jobs in the information and communications industry. This makes digitalization a reshaper of the working world.

Today we are globally connected. The Internet is faster today than ever before, digital technologies such as smartphones allow us to connect with others, exchange information or even participate in meetings remotely, anytime and anywhere. Likewise, it is possible to transmit data or important document to authorities or make the house “smart”. In this context, smart home is the symbol of how networking works. The technology makes it possible for us to make our coffee on the way home from work or to regulate the heating to a comfortable temperature before we leave work. The same principle applies to global networking.

When it comes to the digitalization of companies, there are always discussions about the data that we now disclose to the Internet or that is collected about us. In theory, every activity, every step, indeed almost every sneeze can already be monitored today. With digitalization, privacy could being reduced or lost. You can criticize it all you want, but ultimately everyone has to decide for themselves to what extent transparency is acceptable.

Digitalization and the costs

Of course, digitalization is also always a cost factor and involves investments of money and time. Hardware and software are necessary and experts are needed to implement the digitalization processes. Employees need training. This can sometimes mean that day-to-day business suffers, which can quickly lead to financial problems for small businesses. Nevertheless, new technologies are inevitable for digitalization, which poses financial challenges for many companies.

Digitalization and the risk of cybercrime

In the course of digitalization in companies, cybercrime is also on the rise. New technologies always provide a new attack surface for cyberattacks. Here, strangers penetrate a system from the outside and, in most cases, cause great damage. Unfortunately, any security measures can never provide 100% protection.

In the same way, sensitive data can also be stolen and misused. The examples of stolen contact data, bank data, user names or passwords are numerous today and are stolen millions of times every day.

What is viewed critically on one side of digitalization with cybercrime provides benefits on the other. Today, the fight against crime by investigative and law enforcement agencies has become an effective tool for shaping functioning networks between countries inside and outside Europe. For example, it is now much easier to exchange information about suspects and to make comparisons. It is also possible to intercept telephone calls and read chat histories. This can prevent planned crimes.

The fact that this can also be exploited quickly can be seen in the example of the planned social system in the People’s Republic of China. The idea is to permanently monitor every single citizen, who will then be punished not only for breaking the law, but also for making politically critical statements.

With digitalization, new working time models are also moving into companies. In theory, it is no longer necessary today for an employee to work on site at the company; thanks to accessible networks, they can also work from their home office. The possibility of free working hours means that employees can be deployed much more flexibly and fewer workstations are needed in offices.

Even if it is the essence of digitalization: paper will probably never completely disappear from everyday work. Despite the fact that companies today use digital storage options such as hard drives, clouds or servers, important documents such as contracts or notices are still kept in paper form. That’s a good thing, because when technology breaks down, everything important is still on paper.

Digitalization in companies: How does this key to success work?

There are many advantages to digitalization in companies. But a changeover is not possible from one day to the next. The following play an important role in the digitalization of companies:

Digitalization not only has an impact on the company itself, of course, but also on customers, because the transformation makes some things in life much more convenient:

Customers today have high expectations of online shopping and thus of online stores. What was unthinkable in the past is now a prerequisite. For companies, this means that digitalization increasingly puts the focus on service and no longer just on the product. Customer satisfaction is therefore the decisive key to success in the digitalization of companies. If you want to survive in the market, you have to take full advantage of the opportunities offered by digitalization in terms of the customer journey.

Conclusion: Viewing digitalization in companies as an opportunity

Yes, digitalization in companies and Industry 4.0 are a challenge. For everyone. The good thing is that it offers great potential and opportunities that make companies even more successful. What is important is a digitalization strategy, process optimization and being open to a new mindset. Then, digitalization in the company will work out.

Our Professional Consulting Services supports you in digitalization and in combination with our Appollo Low Code Platform we can even accelerate digitalization many times faster than with traditional development.

Appollo Systems uses cookies in order to optimally design and continuously improve the website. By continuing to use the website, you agree to the use of cookies.OKLearn more ...